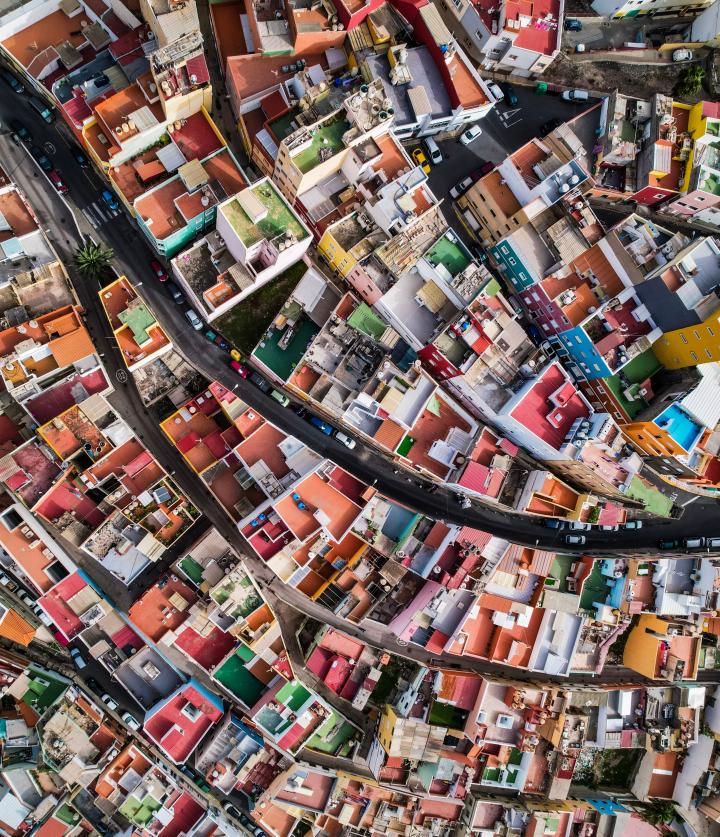 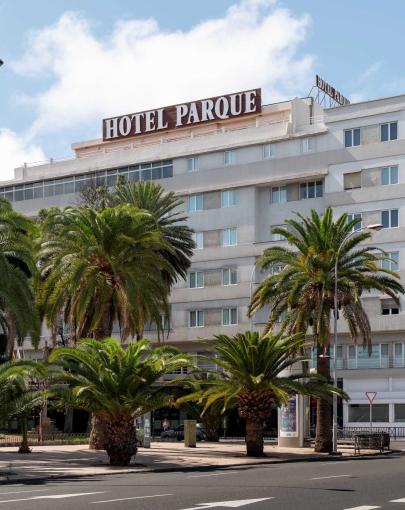 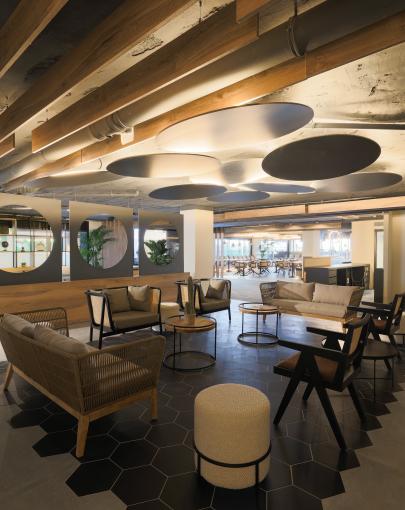 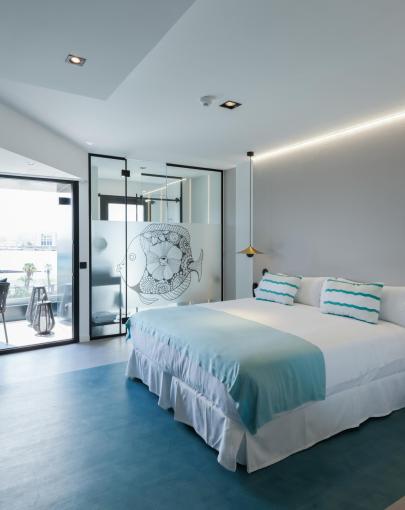 Some people tiptoe through Las Palmas de Gran Canaria, heading for the beaches of Maspalomas or the lush nature of the centre of the island. However, there are many attractions hidden in the capital of the Canary Island and its location, in the north-east, from where two of the main roads of Gran Canaria, the GC-1 and GC-2, depart, make it a strategic place to stay.

The Parque de San Telmo, the place from which sailors were once welcomed and said farewell to, is a good starting point to begin your visit to the city. You can start your day with breakfast overlooking the sea in one of our hotels in Las Palmas de Gran Canaria and, from there, head for Triana Street.

A short stroll will be enough to reach it and admire the mixture of past and present that the modernist façades and the shops that line it play with. Little is said about it, but the writer Benito Pérez Galdós was born in Las Palmas. His House-Museum is a good place to celebrate him.

Christopher Columbus also passed through here before leaving for America. What he did in Las Palmas is well known in the Casa de Colón, in the neighbourhood of Vegueta. Here, if you are one of those legion of local produce lovers, you will find your paradise on earth in the Vegueta Market, where wandering among its stalls of colourful fruits, fresh fish and aromatic spices is a real feast for the senses.

No one stays at home: pet-friendly hotels in Las Palmas de Gran Canaria

Nearby, the Plaza de Santa Ana is home to the Cathedral. Next to it, the Casas Consistoriales, the Palacio Episcopal, the Casa Regental and the Archivo Histórico Provincial occupy buildings of great architectural beauty, making this spot one of the most admired in the city.

The same sea that Columbus sailed is a little further away, in the north of the city, on the urban beach of Las Canteras. A stroll along its kilometre-long promenade is the best way to discover it while, for example, unwinding after a day's work. Concentrating on the swaying of the little boats on the water is almost like a mindfulness session. Its sand, on the other hand, becomes a fantastic playground for the whole family.

This beach is the entrance to the Isleta neighbourhood, with its colourful houses and charming old-fashioned shops. Strolling through its streets you will come across the castle of La Luz, which no longer has a defensive role, but serves as a cultural centre. And note the location of the Santa Catalina park. Many of the events of its famous carnivals are held here. In addition, co-working spaces are starting to emerge in the area, connecting digital nomads with the local entrepreneurial ecosystem.

Be sure to visit the beach of El Confital, to the north of Las Canteras. It seems to us the best possible farewell before returning to rest in one of our hotels in Las Palmas city.

Aware that dogs and cats have become a member of the family, in our hotels in Las Palmas de Gran Canaria we will be delighted to welcome them. We will also tell you about the best parks where they will enjoy playing and running around, and recommend places on the island where they will have easy access. 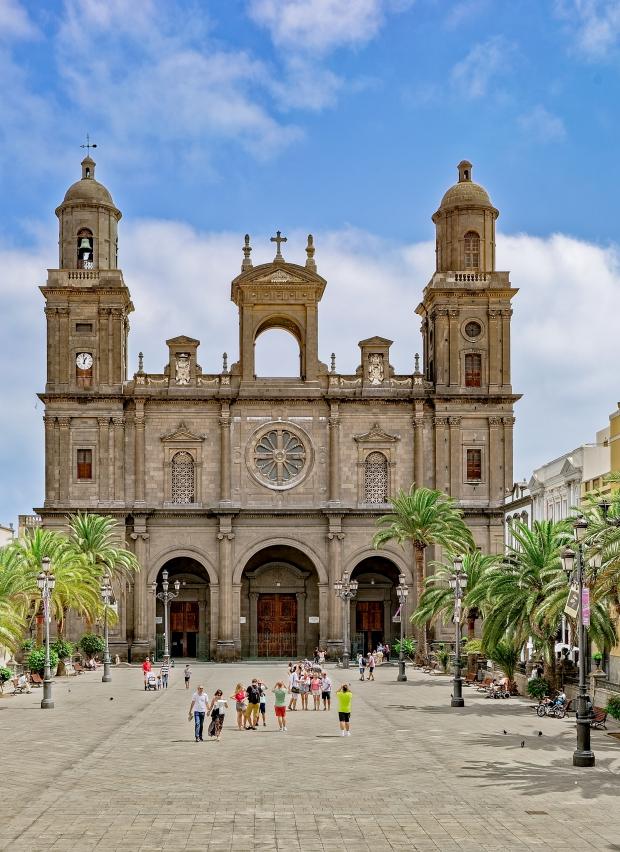 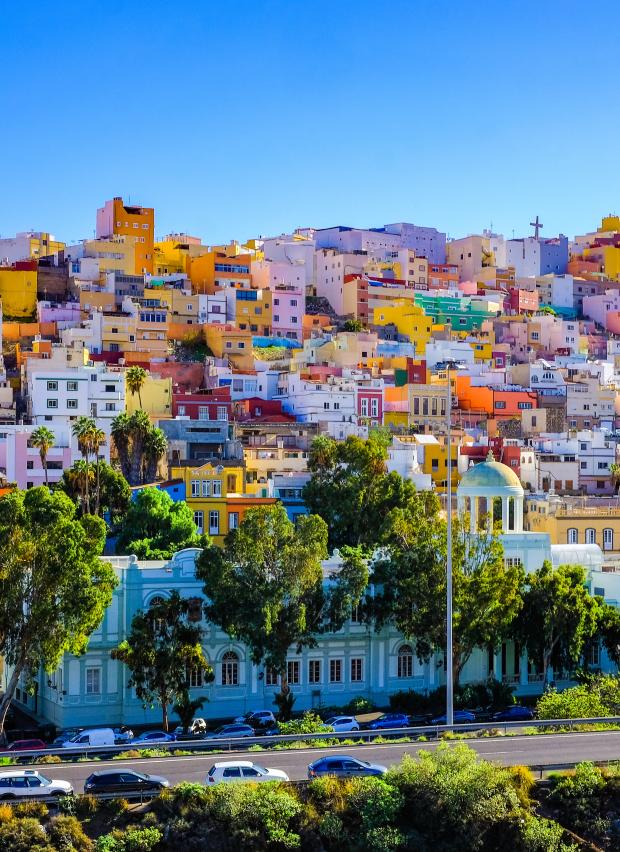